Active areas on the sun are the regions where there arise many phenomena whose form depends upon the region of the spectrum being monitored. Sunspots are best observed in the visible wavelengths, whereas disturbances in the coronal area overlying the disk are best examined in the soft x-ray band with satellite or rocket-borne instruments that are not affected by atmospheric absorption. X-ray emissions are not observable at ground level, and white light observations of the tenuous corona are made problematic by the overwhelming brightness of the solar disk.

The earliest measurements of the solar corona were made during solar eclipses or by using a special instrument called a coronagraph. By superposing successive limb scans, it has been possible to reconstruct an image of coronal disturbances in the visible part of the spectrum. While this method does not generate a frozen picture in time (i.e., a snapshot), it allows coronal observations to be mapped over the entire disk area. The first direct x-ray and UV maps of coronal disturbances were made using rocket probes, but it remained for instruments aboard the Skylab satellite to produce the first comprehensive observations of these disturbances and call attention to coronal holes.

What is a coronal hole? Employing a coronagraph, the visible manifestation of a coronal hole is a lack of coronal brightness in certain regions surrounding the disk; this diminution usually arises and persists near the solar poles. These regions, termed coronal holes, are not devoid of plasma but the density is much less than that found in the surrounding gas. These holes are coupled to underlying unipolar active regions where the field lines are nearly radial. Such a configuration allows plasma to escape the sun and propel itself into space. The observation of coronal holes near the north and south poles of the sun is not surprising, since field lines are naturally vertical in those regions. The existence of coronal holes at low latitudes is a direct result of the generation of bipolar sunspots, progressively in the equatorward direction, and the growth of large unipolar regions. Figure 2-6 shows a coronal hole, which was observed from the Skylab x-ray telescope. This hole extended from the North Polar Region into the southern hemisphere, and was persistent in this general form for over six 27-day rotations of the sun. Through a hole of this type, solar plasma has an escape route similar to that which it has from the polar region.

It is thought that the original notion of a continuous stream of plasma emanating from the sun was born in the early 1950s, based upon comet tail deflections. Subsequently, E.N. Parker [1959] first coined the term solar wind to refer to the logical expansion of the solar corona. Solar wind plasma that escapes from the sun carries a signature with it, the embedded magnetic field that may be either sunward or anti-sunward. This coronal magnetic field is transported by the expanding corona into interplanetary space along distended spiral arms, which are called Archimedes spirals. These spirals resemble a rotating gardenhose. They appear as spirals for the following reason. Initially, the solar magnetic field is dominant within the corona causing an initial corotation of the exiting plasma. However, with increasing distance from the sun, the kinetic energy of the plasma will gradually dominate the magnetic field energy resulting in a lag in rotational component of plasma motion. Hence, the expanding coronal plasma appears to fall behind with respect to the rotation solar disk. Parker's solar wind transports the solar magnetic field, known as the Interplanetary Magnetic Field (IMF), throughout the heleosphere.

Figure 2-6: Example of a coronal hole observed with Skylab. This event occurred during the decreasing portion of solar cycle 20. Each photograph is separated from its neighbor by 28 days, the average period of a solar rotation. Selected photographs are taken from Figure 1-29 in the Air Force Handbook [Jursa, 1985].

Figure 2-6: Example of a coronal hole observed with Skylab. This event occurred during the decreasing portion of solar cycle 20. Each photograph is separated from its neighbor by 28 days, the average period of a solar rotation. Selected photographs are taken from Figure 1-29 in the Air Force Handbook [Jursa, 1985].

Returning to the sun, we usually find that the predominant magnetic field polarities within the large unipolar regions in the southern and northern solar hemispheres have opposite signs. Opposing fields from the large unipolar regions tend to reconnect at a great distance from the sun producing a neutral sheet in the neighborhood of the ecliptic plane. Looking down on the pole, a sector structure of the IMF is observed, with the magnetic field polarity in adjacent sectors being reversed. This interesting feature is the result of a latitudinal undulation in the neutral current sheet that, under quiescent conditions, would reside in the neighborhood of the ecliptic. The solar wind speed is greatest away from sector boundary crossings. Wind speeds may vary from 700 km/sec during disturbed times and within the center of a sector, to 300 km/sec in the neighborhood of a sector boundary crossing. Greater wind speeds cause more significant ionospheric effects.

Measurements of the IMF and the solar wind speed are useful for the derivation of indices for estimating ionospheric effects. Missions such as Ulysses, IMP-8, ISEE and WIND have shed considerable light on the subject and the ACE satellite is now providing operational data. Some research has suggested that scintillation of selected interstellar radio sources (using measurements made by ground-based radio telescopes) may be associated with the plasma density inhomogeneities within the solar wind. More information regarding ACE may be found in Chapters 5 and 6.

Get Paid to Take Digital Photos 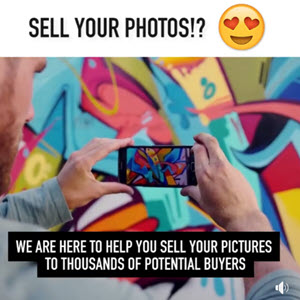 The Most Profitable Places to Sell Your Photos Online